I can't be bothered with your fancy rabbit now. I'm waiting for my fiance.Aunt Imogene

Aunt Imogene is the delusional aunt of Alice and Margaret in the 2010 movie Alice in Wonderland. She is played by the English actress Frances de la Tour. Aunt Imogene is the only known spinster of the Kingsleigh family and is not thought of as a good example for young girls. Margaret Manchester, the married sister of Alice says after she finds out that Hamish will ask for her hand in marriage that she shouldn't want to end up like Aunt Imogene. Aunt Imogene believes that she is the fiancee of a prince who can't marry her unless he renounces his throne. She also mentions that she thinks it's tragic, and Alice agrees. In the end of the movie when Alice returns from Underland, she addresses a number of people, Aunt Imogene being one of them. She tells her that there is no prince and that she needs to talk to someone about the delusions she is having. It is not known what happened to Aunt Imogene after that. 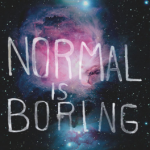