Barbara Anne Deeks Windsor (born 6 August 1937) is an English actress who voiced the Dormouse in Tim Burton's 2010 film, Alice in Wonderland, and its sequel, Alice Through the Looking Glass (2016). She is also known for her roles in the Carry On films and for her role as Peggy Mitchell in the BBC soap opera EastEnders.

Windsor was born in Shoreditch, London in 1937. She was the only child of the costermonger John Deeks and his wife, Rose Ellis who was a dressmaker. She was trained at the Aida Foster School in Golders Green and made her first stage debut at the age of 13 and her West End debut in 1952 in the chorus of the musical Love From Judy. Her first film role was in The Belles of St Trinian's.

She came to prominence with her roles as a 'good time girl' in nine Carry On films. The first Carry On film she appeared in was Carry On Spying and the final one Carry On Dick. 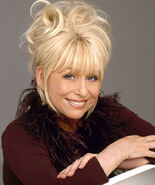 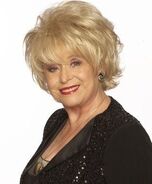