Alice in Wonderland Wiki
Register
Don't have an account?
Sign In
Advertisement
in: Actors, The Many Faces of Alice

Charlotte Henry (born March 3, 1914) was an American actress, who passed away in 1980. She is best remembered for her role as Alice in the 1933 Alice in Wonderland and Bo-Peep in the 1934 movie, Babes in Toyland.

Charlotte Henry was born in Brooklyn on the third of March 1914. She began modelling at a very early age and was always fascinated by the theatre. Her family were astonished when, at only 14 years of age, she was cast in an important role in Courage, a Broadway play and a hit of 1928.

The following year, Charlotte's mother brought her to Hollywood. She repeated her part in the movie version of Courage (1930) and enrolled at Lawlors, the school for professional children. Some of her classmates were Frankie Darro, Anita Louise and Betty Grable. Junior Durkin, who had worked with her in Courage, suggested Charlotte for a play he was appearing in at the Pasadena playhouse. By then, she had appeared in two more feature films: Huckleberry Finn in 1931 and Lena Rivers in 1932.

Around that time, Paramount was looking for a young girl to play in their new movie version of Alice in Wonderland, and over 6,800 were auditioned. A Paramount talent scout saw Charlotte in the play and arranged a screen test on a Monday morning. One-week-to-the-day later, Charlotte Henry began filming the high budget classic. The studio's press department made much of her uncanny resemblance to the character as it appeared in the original Tenniel drawings.

An anxious movie-going public awaited the costly feature. A new young star was expected to emerge. The 1933 picture garnered unanimous praise for Charlotte. The huge cast was impressive, but their make-ups made it hard to tell who was who. It did poorly at the box office. The effect of Alice on Charlotte's life was more than the usual story of an actress ruined by a negative association. She was also typecast, but in a most peculiar way. In an interview, Charlotte disclosed that from the very first week of shooting, she became aware that others around her had simply lost sight of her as a person. "I no longer existed as Charlotte Henry", she said. "With that costume, I was transformed in their minds to the creature they had read about as children. My identity was gone."

Paramount loaned her to MGM for Babes in Toyland with Laurel and Hardy. Despite the success of that particular film and perhaps Charlotte's most remembered role, they released her. However, she continued to make movies, although the lower budgets of some of the productions sometimes let her down. She made around 30 films, some as the star but more often in supporting roles, mostly between 1930 and 1937 followed by more modelling, and then five more in 1941 and 1942. Discouraged by the low quality of the work she was being offered, in her own words: "I simply lost interest." 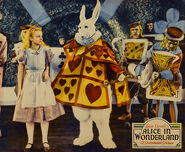 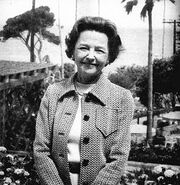