View source
watch 01:40
The Sandman Will Keep You Awake - The Loop
Do you like this video?
Play Sound

Sir Christopher Frank Carandini Lee (27 May 1922 - 7 June 2015), was an English actor who became famous for his role as Count Dracula in a string of Hammer Horror films. Other notable roles include Lord Summerisle in The Wicker Man (1973), Francisco Scaramanga in The Man with the Golden Gun (1974), Count Dooku in the Star Wars series, and Saruman in the Lord of the Rings film trilogy. Lee considers his most important role to have been his portrayal of Pakistan's founder Muhammad Ali Jinnah in the biopic Jinnah (1998). Lee  played the villainous Jabberwock alongside notable actors such as Johnny Depp, Alan Rickman, Helena Bonham Carter and Anne Hathaway, in Tim Burton's Alice in Wonderland. On June 7 2015, Christopher died at the age 93 at the Chelsea and Westminster Hospital at 8:30 am after being admitted for respiratory problems and heart failure. 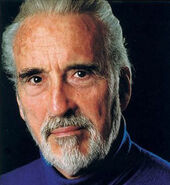 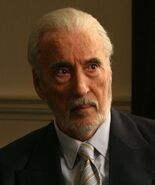 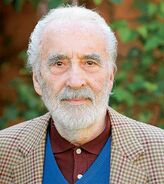 Lee as Wilbur Wonka in Charlie and the Chocolate Factory 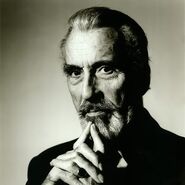 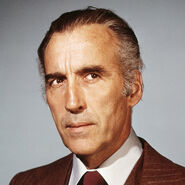