Not much is known of him, though it is known that he 6 years younger than Alice, as he is mention as being 1 in Alice's Adventures in Wonderland, in which Alice is 7. He, as the only male heir after the death of their father, Charles Kingsleigh, is now the head of the family. 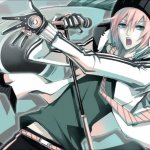