Alice in Wonderland Wiki
Register
Don't have an account?
Sign In
Advertisement
in: Actors, Female, Voice Actors, The Many Faces of Alice

Kathryn Beaumont (born June 27, 1938) is an English actress, singer, and school teacher who was born in London. She is best known for providing the voices of both Alice in Disney's Alice in Wonderland (1951) and Wendy in Disney's Peter Pan. Walt Disney personally cast Beaumont after seeing the film On an Island with You, in which child actress Beaumont had a small role. Beaumont has also reprised her voice acting role as Alice in two episodes of the animated series, Disney's House of Mouse. 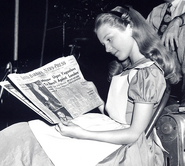 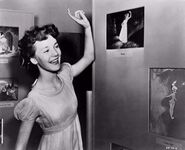 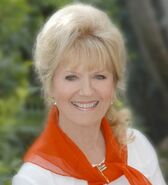