Ustinov's Mother Nadezhda Leontievna was a painter and a ballet designer of Russian, French and Italin ancestry. Ustinov had a difficult childhood because of the constant fighting of his parents. He attended Westminster School.He was trained as an actor in his late teens and it was also in that time that he already attemped to write plays. He made his debut on the stage in 1938 at the Players' Theater and became quickly established. 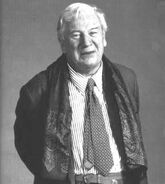 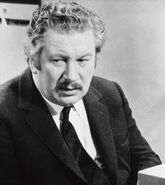