Sterling Price Holloway, Jr. (born January 4, 1905) was an American character actor and voice actor who voicedThe Cheshire Cat in Disney's animated film Alice in Wonderland. Holloway was well known for his distinctive tenor voice, and is best known as the original voice of Walt Disney's Winnie the Pooh.

He studied acting at the American Academy of Dramatic Arts in New York City and made his Broadway debut in the musical Garrick Gaieties. In 1926 he moved to Hollywood and began his career. He is mostly known for working as a voice actor in various Disney cartoons, especially for his voicing of beloved Winnie the Pooh. In 1989, he retired from acting and in 1991 he was honored as a Disney Legend. He died from a heart attack in 1992. 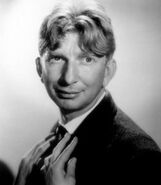 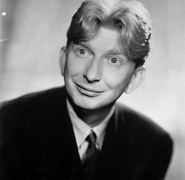