The Dodo is a fictional character from Lewis Carroll's novel, Alice's Adventures in Wonderland.

The Dodo is one of the many animals that washes up from the Pool of Tears in Chapter Three. In order to get dry, it proposes that everyone including the Lory, the Eaglet, and the Duck run a Caucus Race where the participants run in patterns of any shape, starting and leaving off whenever they like, so that everyone wins. Alice is called upon to give out some sweets she has as prizes, however this leaves no prize for herself. The Dodo enquires what else she has in her pocket and goes on to present her with a thimble, this being all Alice has left.a dodo bird 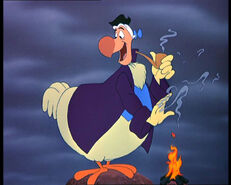 The Dodo as he appears in the 1951 animated film. 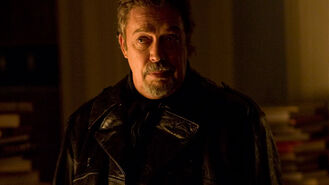 Dodo as seen in Alice. 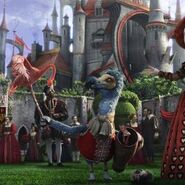 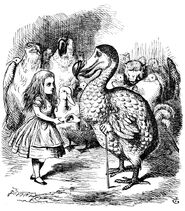